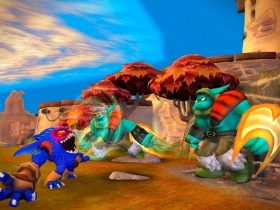 Those that pre-order Wii exclusive JRPG Xenoblade Chronicles at GameStop will be able to receive an Art Book as a bonus.

The title, already launched in Japan and Europe, brings to life a universe where two worlds called Bionis and Mechonis fight a war that knows no end.

You’ll find yourself joining the battle for Bionis in an effort to repel the invasion of a terrifying mechanical army as you uncover the secrets of a mystical sword called the Monado.

Xenoblade Chronicles is due to release in North America on April 6th, and is currently available across Europe and Japan.