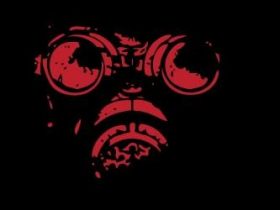 3D Realms, 1C Entertainment and KillPixel Games have announced that WRATH: Aeon of Ruin is in development for Nintendo Switch.

You play as the Outlander in this original Quake engine-powered dark fantasy-horror first-person shooter. Having once been adrift upon the Ageless Sea, you now find yourself on the shores of a dying world.

After the Shepherd of Wayward Souls burdens you with hunting down the remaining Guardians of the Old World, you set out “to explore ancient ruins, discover forgotten secrets and battle the horrors that lurk within.”

The experience “embraces the timeless elements” from ’90s classics such as DOOM, Quake, Duke Nukem 3D, Blood, Unreal and Hexen, and has looked to carry them “into the 21st century.”

WRATH: Aeon of Ruin will release on the Nintendo eShop for Nintendo Switch worldwide on 25th February 2021.