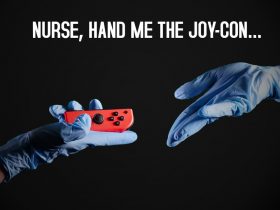 Nintendo have announced that Wii U owners will be able to purchase Wii software digitally through the Nintendo eShop, removing the necessity to access the console’s Wii Mode.

Super Mario Galaxy 2 is the first game that is available today, with Donkey Kong Country Returns arriving on Thursday 22nd January and Metroid Prime Trilogy on Thursday 29th January. Other titles currently in the pipeline include Kirby’s Adventure Wii, Pandora’s Tower, Punch-Out!! and Sin & Punishment: Successor of the Skies.

For any game compatible with the Wii Classic Controller, players can use the Wii U GamePad as a controller in the same way.