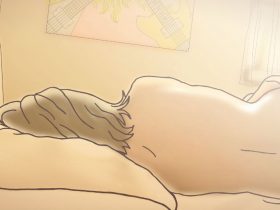 One Night Stand Coming To Nintendo Switch On October 4th

Triband has confirmed a release date for their silly physics-based golf parody game WHAT THE GOLF? on Nintendo Switch.

Created by a team that knows nothing about golf, it’s been positioned as a wacky game for those that hate the sport and where every course presents you with a new surprise.

Each course will throw a new type of golf at you, whether they be brilliant, hilarious, or absurd – seeing you golf a house, a horse or car.

The portable home console version has a new local two-player Party mode, in which friends can compete at the same time to be the first to make it to the flag. There is also touch screen and gyroscope support in select levels as well as other “surprise.”

WHAT THE GOLF? will release on the Nintendo eShop for Nintendo Switch worldwide on 21st May 2020, with a 25 percent off pre-order discount now available.