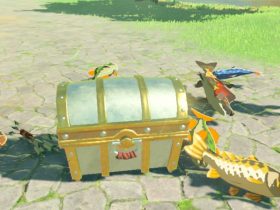 What amiibo Unlock In The Legend Of Zelda: Breath Of The Wild

Household Games has announced that Way of the Passive Fist will release on Nintendo Switch, the genre-bending defensive brawler.

The twist is that rather than punch and kick nameless thugs into submission, you must parry, dodge, and reverse attacks to survive in this post-apocalyptic wasteland.

Coming to the portable home console with all the content from the New Dawn Edition, it means that you have Story, New Dawn Epilogue, the Passiverse roguelite survival mode, and a new training mode to play – resulting in more than enough content to perfect your parries in.

The customizable difficulty setting lets you decide how many enemies appear at a time, how hard they hit, how forgiving the combo counter is, or even how many checkpoints there are.

Way of the Passive Fist will release on the Nintendo eShop for Nintendo Switch worldwide on April 11th, priced at £11.99 ($14.99).