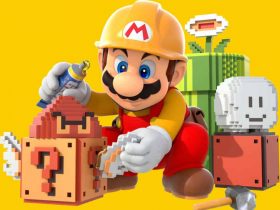 Wii U owners can be assured that Watch_Dogs will retain all of the game’s “core” social features on the system, according to senior producer Dominic Guay.

“So the connectivity between players with mobile devices, the way you can control the city, the immersion, all those are core and on any platforms we’re going to ship on we’re going to make sure we nail those pillars down,” Guay discussed with Digital Spy.

Ubisoft’s Bucharest studio are the team responsible for bringing the game to Wii U, with Guay stating that Watch_Dogs is “already running” on Nintendo’s latest console.

“We’re still investigating how we’ll use the tablet on the Wii U, but with the things I mentioned before, for us it’s not going to be a weird stretch,” he continued.

“It’s natural. What’s really cool with Watch Dogs, when we start thinking of those devices, it’s not a weird abstraction, it’s not like I’m a space alien and now I’m using a tablet. Why am I doing that?”

He closed, “Aiden Pearce is using a device to control the city, so it’s quite easy to imagine what we could do with that.”