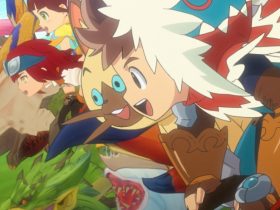 Absent from our lives since January’s broadcast, today will see this year’s second Nintendo Direct beamed “directly” to viewers around the world.

Meanwhile when Nintendo of America’s presentation finishes, there’ll be a live Nintendo Treehouse stream that promises to feature an undisclosed Spring release.

The Nintendo Direct broadcast will begin at 11pm BST (12am CEST) in Europe or 3pm PT / 6pm ET for those in North America, with each presentation available to view below!