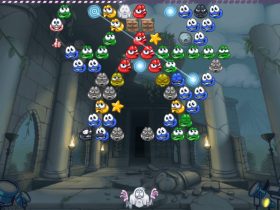 This online third-person multiplayer shoot-and-loot game is set in a world that has been left devastated by the fallout of the last great war. Norway has become the “last great bastion of humanity,” where Outlanders fight for their survival.

You will compete against other Outlanders for precious resources as you are faced with unpredictable challenges.

Whether you play as a lone wolf or work together is up to you, as you loot resources, battle to claim airdrops and escape to the safety of your Shelter – in which you can build improvements and level up.

Vigor will release on the Nintendo eShop for Nintendo Switch worldwide in 2020.