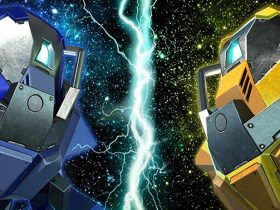 Pokémon Center Tohoku will soon reopen its doors and, to commemorate the occasion, all Pokémon Center stores across Japan will run a Victini distribution event for Pokémon Sun and Pokémon Moon.

The Victory Pokémon will be made available between Friday 30th June – Sunday 3rd September 2017, simply requiring that Trainers head to their local store to add it to their team.

Currently, there are no known details on Victini’s Level, Ability, Moves or Held Item, but we can expect that news to be shared closer to when the distribution event starts.

Victini was recently distributed around the world as part of the brand’s anniversary celebrations, which had commemorated 20 years since Pokémon Red and Pokémon Green first saw release in Japan.