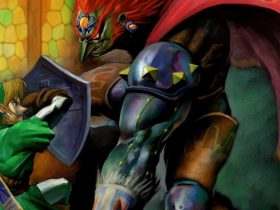 NACON and Big Bad Wolf have revealed that Vampire: The Masquerade – Swansong is in development for Nintendo Switch.

Hazel Iversen – the Swan – has become the new Prince of the Boston Camarilla. Known to deliver an iron hand in a velvet glove, she looks to assert her power and enforce the Masquerade – the vampiric law that was created to make sure that humans never learn about her kind.

However, as rumours of betrayal, murder and power struggles reach fever pitch, you must work in the shadows to protect your Sect as the city of Boston descends into chaos.

In this upcoming role-playing game, you will have the chance to play as three vampires that each belong to a different clan of the Camarilla.

You will weave between their intertwined destinies, making use of their abilities to separate fact from fiction with the choices that you make during your investigation having a lasting impact on both the Boston Camarilla and the fate that awaits your characters.

Vampire: The Masquerade – Swansong will release on the Nintendo eShop for Nintendo Switch worldwide in 2021.