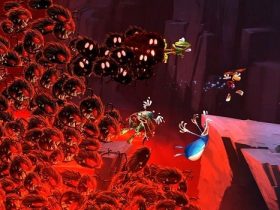 tinyBuild has announced that Hello Neighbor will release on Nintendo Switch, which is a stealth horror game about sneaking into your creepy neighbor’s house to figure out what horrible secrets he’s hiding in the basement.

After moving into a brand new suburb, you soon notice that your neighbor is hiding something in his basement. The only logical thing to do is break into his house and figure out what it is, but it won’t be easy.

With procedural AI, you are playing against a character that will learn from your every move. Really enjoying climbing through that backyard window? Expect a bear trap there. Sneaking through the front door? There’ll be cameras there soon. Trying to escape? The Neighbor will find a shortcut and catch you.

Hello Neighbor will release at retail and on the Nintendo eShop for Nintendo Switch in 2018, priced at $39.99.