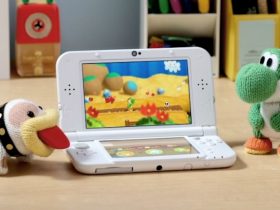 Whilst this week’s Pokémon Direct had plenty of news to share, such as the Pokémon Bank and Poké Transporter, it inadvertently seems to have shown an unannounced Pokémon.

The new Pokémon X & Y recruit, which immediately looks reminiscent of either an alpaca or llama, was seen facing off against Venusaur, nervously looking on as the evolved Grass-type starter Pokémon prepared to deal leafy punishment.

As to when we’ll learn about this new Pokémon is unknown, although its identity will surely be revealed within the next few weeks.