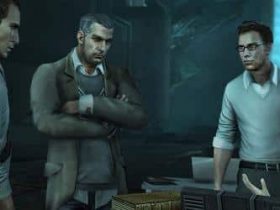 Contrary to news that Ubisoft were scaling back their Wii U development, the third-party publisher has reaffirmed their investment in the console.

“We did not take a big risk with all those launch titles on Wii U,” Ubisoft’s senior vice president of sales and marketing Tony Key explained to Gamasutra.

“[Wii U game] development isn’t expensive – some Wii U games are versions of games for other platforms, like Assassin’s Creed. And we continue to invest in that system.”

He continued, “We have just as many titles coming on Wii U this year as we did after launch, because the system isn’t as resource-intensive to make games for it.

“We continue to believe that the Wii U will find its audience. We saw some good games [during Nintendo Direct this week]. We’re confident that the Wii U is a good place for us to do business, and we can make money there.”