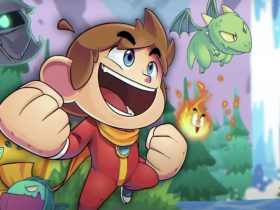 Keybol Games and Drix Studios have confirmed a release date for Grand Guilds on Nintendo Switch.

In this story-driven, turn-based RPG with card combat mechanics, you must travel through Irin – a continent on the brink of war.

After a horde of creatures set fire to the city of Ozryn’s streets, Eliza and her guild learn that the phenomenon happened across the continent at the same time.

Determined to find and capture whoever is behind the attacks, Eliza and her trusted guildmates set out to discern the true motive behind the unusual assault before the other guilds of Irin suffer the same fate.

Grand Guilds will release on the Nintendo eShop for Nintendo Switch worldwide on 26th March 2020.