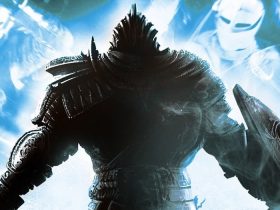 Prepare To Die In Dark Souls: Remastered On Nintendo Switch

Square Enix has revealed the first details about the New Game Plus mode in their upcoming game, Trials of Mana.

After your party receives an ominous message in the Valsena Royal Library, they learn that Class 4 exists.

This, the publisher explains, “includes a costume change, new weapons and special moves for all six heroes.” There are Light and Dark variations for each costume, which we have posted in the Gallery below.

Trials of Mana is a full high-definition remake of the third game in the Mana series, which, until now, had been a Japan-only release where it is known as Seiken Densetsu 3.

It tells the story of six heroes who battle to defeat monsters of destruction that are trying to take over the world while the power of mana has been weakened.