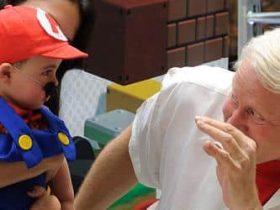 Super Mario Party is just weeks away marking not only the first entry on the Nintendo Switch but also the time a home console release has broken away from including a number in its title.

Early impressions have been strong meaning hopefully we’re going to be playing a great batch of new minigames shortly. In the meantime let’s reflect on some of the best minigames the Mario Party series has to offer, right back to the original and up to the Wii U’s tenth instalment. 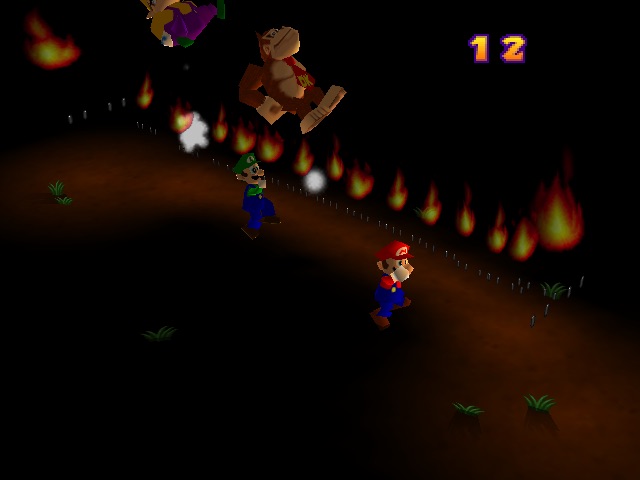 A short but sweet one this, where everyone tries to survive as long as possible while jumping over a skipping rope that continues to get progressively faster. While all the minigame requires of you is to time the pressing of the jump button, it’s the growing tension as the pace picks up that really sells this. Knowing one minor slip up is all it takes to find yourself eliminated from the pack. 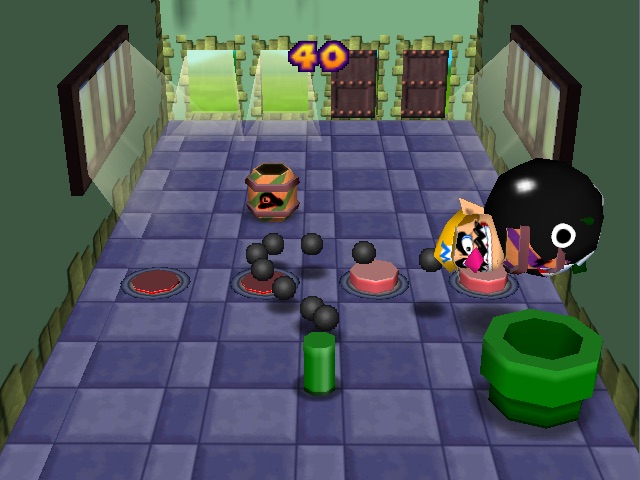 Essentially a game of Red Light/Green Light, players must waddle in barrels toward a snoozing Chain-Chomp, step on a button to open a door and then walk back to exit through it all whilst not getting caught out. When the Chain-Chomp wakes, you need to make sure you aren’t moving so you can hide inside your barrel or else you’ll find yourself eliminated. Another neat catch is the faster you move the longer it will take you to hide within your barrel when you stop. It’s this risk/reward element that makes this one of the more exciting games in Mario Party 2 for sure. 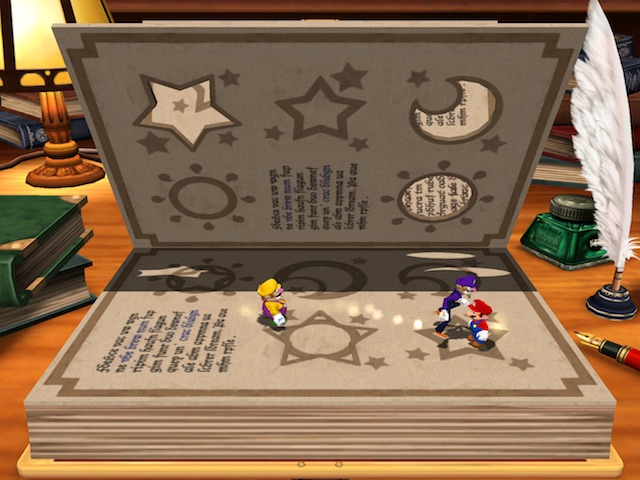 This minigame takes a great idea and gives it a clever theme. In Booksquirm, players find themselves shrunk down and running around an open book, its pages constantly falling down one by one with different shaped holes randomly placed on each. The aim of this game is simple – run about and try not to get squished by the falling pages by placing yourself where the gaps in the paper land. As the pages continue to fall faster, the tension too increases. The fact you can nudge your opponents slightly as you all compete for one small star-shaped hole can also lead to some sneaky eliminations. All in all, this may be my favourite of the entire series. 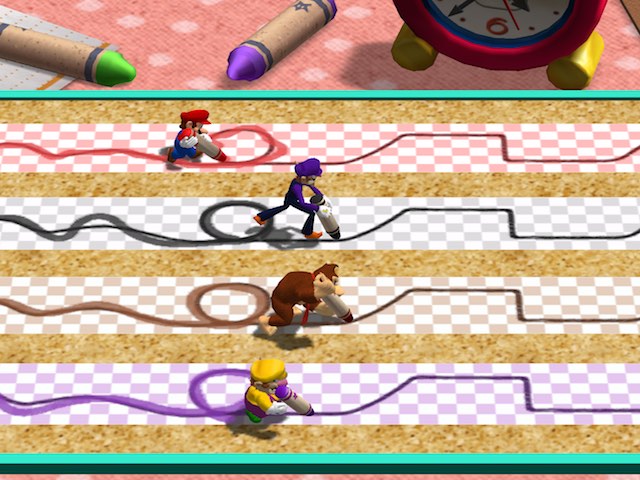 A fun skill-based minigame that appears much simpler than it actually was. In it, players must manoeuvre a giant pen across a long piece of paper whilst tracing along a line – full of curves, direction changes and even loops – as accurately as possible. The winner is rather unsurprisingly the player who manages to match the line’s path most accurately – a reveal made all the more amusing as the game displays everyone’s efforts whilst tallying their percentage. With everyone competing at once and the screen constantly moving forwards in an effort to keep you from taking too long, you need to strike a balance between accuracy and speed in order to best your opponents. 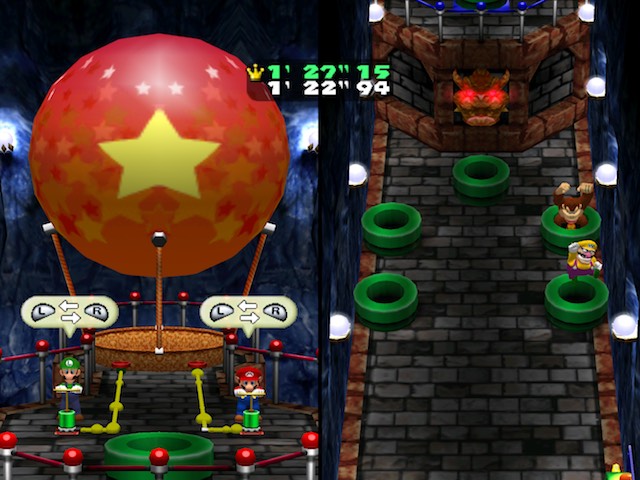 Thinking back Mario Party 4 had some fantastic minigames (three managed to make this list) and Dungeon Duos may well be the most involved of any the series has seen.

Working in teams of two, this essentially plays out like a co-operative platforming experience, the pair of you trying to work your way through an obstacle-filled dungeon. You’ll need to hammer on buttons to lower gates, rotate platforms over bottomless pits, jump into a number of warp pipes until you find the correct one and finally pump up a hot air balloon.

Running at around two minutes this is definitely one of the longer minigames but it’s also one of the more elaborate. Expect plenty of yelling at your teammate as you try to work as one cohesive unit. 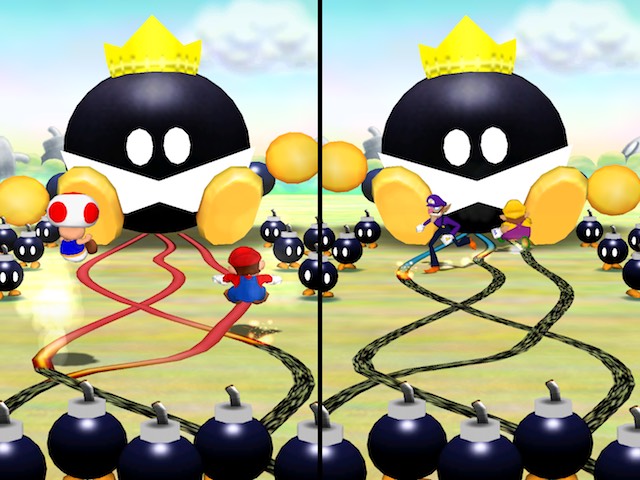 Defuse or Lose is all about keeping your cool and working as a cohesive unit. In this minigame, you’re split into teams of two with each trying to keep three fuses from reaching King Bob-Omb at the end. How do you go about this? By butt stomping on the areas where the fuse is alight of course.

With three fuses that meander and cross paths and only two players, you’ll need to communicate so one doesn’t go unattended. If you have two teams working well together this one can often come down to the wire making this one of the more tense minigames on this list. 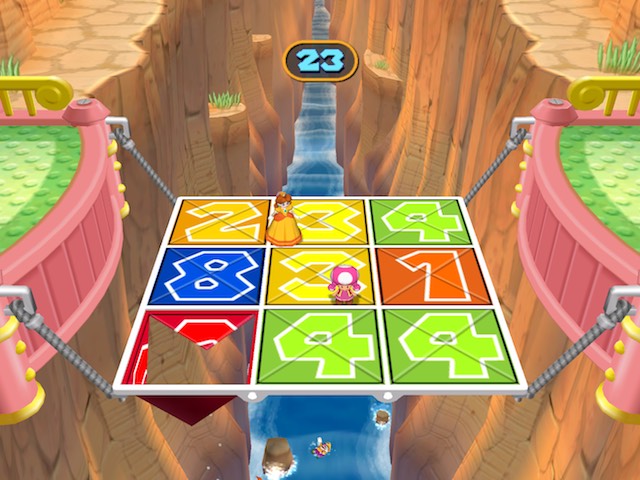 Mario Party has seen a list of “stay on the platform” style games but this is one of the more difficult ones. This one takes place on a three-by-three grid of square platforms where each has a random number on. These then count down to zero before opening with anyone standing on top falling through and out of the game.

Players are also free to punch and kick their opponents meaning you’re not only trying to keep an eye on the numbers of the squares themselves but also dealing with the attacks too. It’s an interesting idea and one that helps set it apart from the numerous other examples like this. 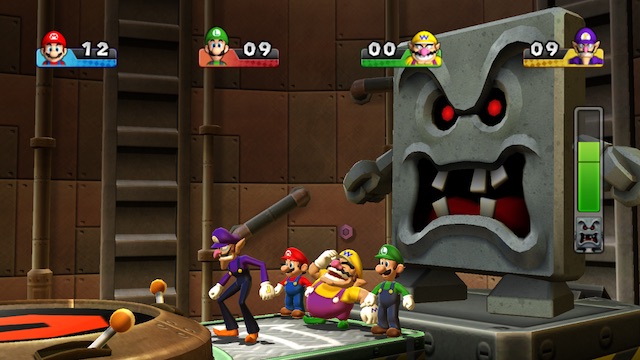 While Mario Party 9’s switch to having players move around on the board together as a unit rather than individually may not have been a popular one with the fans, the game still had a strong selection of minigames.

Whomp Stomp is slightly different to the others on this list since it has you all working as a team to take down a giant boss. What helps keep things exciting though is that you’re all still competing for the highest score.

Players stand on a rotating platform – one on the north most platform, one to the south, one to the east and one to the west – while a giant Whomp towers in the centre. Each round then sees players secretly selecting either a ‘1’ or ‘0’. For every ‘1’ that’s selected everyone rotates around the Whomp 90 degrees. Whoever finds themselves in front of the Whomp when all rotations have been made gets flattened while the remaining players have the chance to butt-stomp the now vulnerable boss for points. Halfway through to mix things up, the Whomp then adds a few rotations of his own to throw you off.

It’s a simple idea but one that proves especially tense as you try to read your opponents and predict the number of rotations that might come into play. 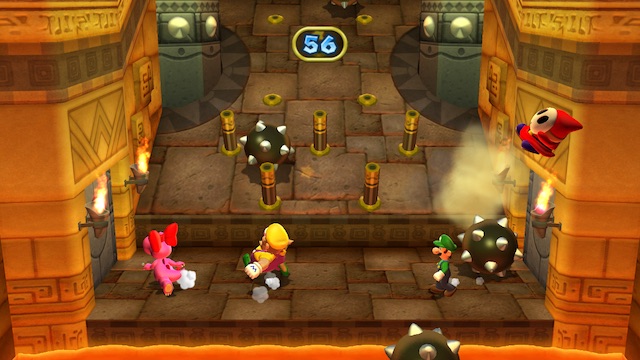 Another minigame about survival this one. In it, giant spiked balls roll down a hill toward the four players while you all try to avoid them for as long as you can. Sounds simple enough, but thanks to a series of pegs popping up and down on said slope throughout the sixty seconds, where the balls will fall is a lot harder to decipher. The reason I enjoy this one so much is its chaotic unpredictability especially as the time passes and more spiked balls are thrown at you.

A real nail-biter where you’ll likely find yourselves being eliminated with mere seconds between you. 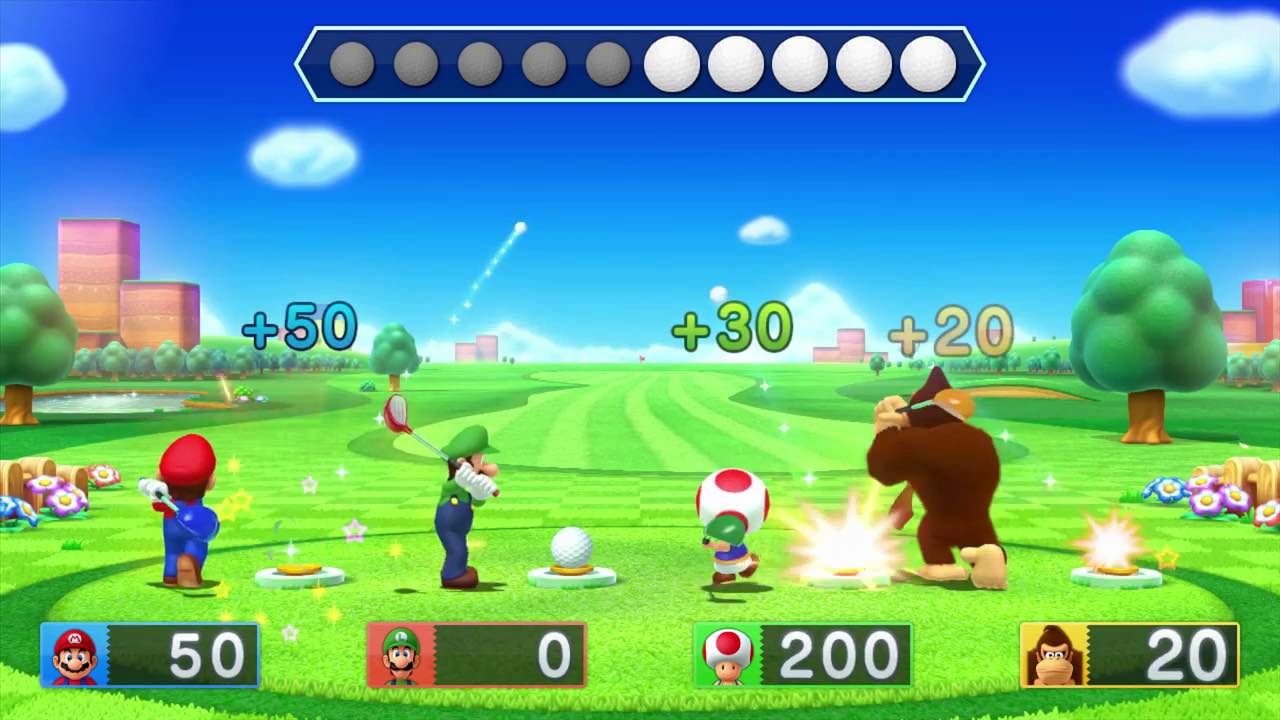 One of the best reaction-focused minigames the series has seen, Bob-Omb Bogey may use motion controls, but I feel they really do add to the experience.

Here you’ll each be stood in front of a hole where you’ll either be presented with a Bob-Omb or a golf ball. As you can probably predict, you want to swing the Wii remote if it’s the latter and remains still if it’s the former or else forfeit a healthy dose of points. Over the course of the minigame there are ten golf balls to hit, however, what order these appear in is completely random.

More points are awarded if you’re quickest to hit a golf ball which adds a neat extra layer to the chaos. Not only are you trying to be accurate with your swings, but you also want to be fast too. As you can imagine this leads to plenty of deducted points as players jump the gun in anticipation.