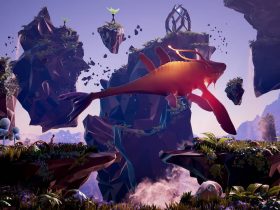 Nintendo’s pattern of slowly bringing its Wii U library to the Switch – for those who may have missed them first time round – have felt more like a trip down memory lane than anything else for me personally. Sure Captain Toad: Treasure Tracker is charming as all hell and Donkey Kong Country: Tropical Freeze boasts one of the best soundtracks of any platformer out there but at the end of the day these were discoveries I originally made back when playing them on the Wii U.

Tokyo Mirage Sessions #FE Encore marks the first time I’ve found myself as one of those players coming to the game new, an exciting prospect especially considering my love for both Fire Emblem and more recently the Persona series. How well have the two been blended together though?

You take on the role of teenager Itsuki Aoi who along with his two friends aspiring actor Toma Akagi and hopeful singer Tsubasa Oribe, find themselves unexpectedly getting caught up with evil Mirages hell-bent on taking over Tokyo and stealing Performa (essentially a person’s creative energy) from its residents.

Not all Mirages are malicious though with a small handful of Fire Emblem inspired beings (including Chrom of Fire Emblem: Awakening fame and Caeda from Fire Emblem: Shadow Dragon and the Blade of Light) teaming up with Itsuki and the crew thus making them Mirage Masters able to defend their city. Joining Fortuna Entertainment – a talent agency secretly recruiting Mirage Masters – you’ll slowly grow your team, learn new skills and improve as stage performers.

It’s worth noting that while Tokyo Mirage Sessions #FE Encore successfully brings together its two franchises, it does so in a way that may leave fans of one disappointed. Right out the gate you’re quick to realise this looks and plays like a Shin Megami Tensei/Persona game but with Fire Emblem references sprinkled about here and there.

You’ll meet a few familiar faces from Nintendo’s strategy series and hear the famed audio cue when you level up a character but overall the Fire Emblem inspiration feels subtler than anything else. While I’m not claiming that as a bad thing, it may sadden those expecting some larger Fire Emblem representation. If you are, you won’t find it here.

The game is split into chapters with each seeing you hopping back and forth between the real world and the dark and twisted Idolasphere (essentially the game’s version of dungeons). The former consists of walking about hub areas, taking on side quests and visiting a small selection of shops to purchase items, armour and other helpful goods.

Despite being spread across several different locations, navigating between each is rarely more than a brief jog and menu selection away. It keeps these less action-focused moments moving along at a decent pace so you’re able to promptly jump right back into the real meat of the game, the dungeons. Better still are the snappy load times whether loading your chat log or jumping to a new location.

As you progress through the game, entrances to the Idolasphere will pop up around Tokyo each one taking you to a dungeon often based around an actual location in the real world. Much like the Shin Megami Tensei and Persona games you’ll need to work your way through these multi-storied labyrinths taking on groups of wondering enemies in turn-based battles (more on that in a moment), solving light puzzles and eventually facing off against a boss.

Each dungeon feels different enough both in terms of look and environmental obstacles with handily placed teleportation devices preventing too much backtracking or lost progress should you fail in battle. I found navigating these nightmarish mazes to be enjoyable but at times a little frustrating largely due the blending of floors both visually and in terms of layout.

The combat on the other hand not only excels from a mechanical standpoint but also from a presentation one. In keeping with the game’s glitz and glamour style and superstar focused storyline, each battle takes place on a stage your trio of characters (with the help from their Mirages) surrounding the enemy and attacking through singing, acting and dance moves (along with magic and weapon-based assaults of course). While at its core this is a traditional turn-based RPG, thanks to a combination of energized attacks, slickly cut camera angles and pulse-racing music everything feels fresh and constantly exciting.

Your options in combat are plentiful, ranging from a simple weapon-based attack to more powerful skills that require Energy Points. These often involve magical elements including fire, ice and electricity in both offensive form and passive form such as upping your team’s defence. Both your heroes and the enemies all have their own weaknesses and strengths when it comes to attack types too.

Manage to hit an enemy with its weakness for example will not only cause big damage but also trigger a Session Skill resulting in your teammates following up with attacks of their own. Figuring out an enemy’s weakness is merely a case of trying out different skills but thankfully the game highlights these going forward once they’ve been discovered. Throughout a battle, you’ll also slowly accumulate Special Points that can be used to execute a Special Performance – essentially a super-powerful move ideal for gaining the upper hand on the opponent. All in all Tokyo Mirage Sessions #FE Encore’s combat isn’t too complex to learn but offers enough depth to sink your teeth into.

Characters will level up by gaining experience through battles increasing attributes like health, maximum Energy Points, strength and the like. When it comes to learning new skills though you’ll do this via levelling up your weapons – each of which are crafted using materials gathered in the Idolasphere. Interestingly each weapon only has a certain number of skills to learn so once they’ve been maxed out it’s wise to move onto the next and unlock more.

These aren’t just attacking skills either; you’ll also learn passive perks and Session Skills too. Each character tends to lean toward a certain type of skill – Akagi Touma and his Mirage partner Cain will see plenty of fire-based attacks for example – but even then there will be plenty to learn, so much so it can make choosing which ones to keep in your limited number of slots and which to forget a tough task.

Unlike the Persona games where you constantly feel pressured to use your time efficiently and effectively, Tokyo Mirage Sessions #FE Encore has a far more relaxed feel about it. There are no looming deadlines when it comes to missions, you’re free to venture anywhere and even exit the Idolasphere to farm experience elsewhere, purchase items, create new weapons and even heal up whenever and as often as you like with no real consequence.

Tokyo Mirage Sessions #FE Encore might have its roots in the Wii U but you wouldn’t really know it by looking at the game. Aside from the slightly stiff animations of the characters, everything else looks rather great. From the detail in the world – both real and Idolasphere – to the slick modernised versions of the Fire Emblem characters to the pastel-heavy colour palette, there’s something truly eye-catching about this game. Much like the story and its colourful cast of characters, there’s a fun and cheery vibe to the presentation.

Much like past Wii U ports there is extra content to be found in Tokyo Mirage Sessions #FE Encore. The new Area of Aspiration dungeon is perhaps the most notable addition, a small enemy-filled maze with useful goodies to gather such as costumes, skills and more. While these missions aren’t anything truly memorable, they at least offer further insight into the characters.

Tokyo Mirage Sessions #FE Encore is yet another brilliant Japanese RPG to add to the Nintendo Switch’s growing line-up. More Shin Megami Tensei than Fire Emblem, it’s hard to care too much when the end result is this enjoyable. Likeable characters and a satisfying combat system all wrapped in vivid visuals and a wonderfully weird and often uplifting story. Of the remaining Wii U games left to bring over to Switch, this was quite the curveball, but it’s one I hope gets the recognition it deserves second time around.