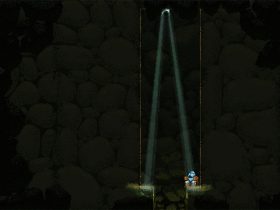 Two Tribes has announced that Toki Tori will release on Nintendo Switch, which is their classic egg-collecting puzzle platformer.

You play as the surprisingly heroic chicken Toki Tori and must rely creative thinking and problem solving to collect every egg in each of the game’s 80 or so levels that are spread across five worlds.

Tools such as Telewarp, Freeze-o-Matic, and InstantRock will help you, and, when you get stuck, you can either rewind time or use a Wildcard to skip the level. Running at 60 frames per second, Toki Tori has HD Rumble and video capture support on Nintendo Switch.

Toki Tori will release on the Nintendo eShop for Nintendo Switch worldwide on March 30th, priced at €4.99 ($4.99) with a 10 percent launch discount.