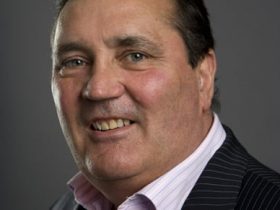 Despite having only been on the Nintendo eShop merely a few weeks, Two Tribes have dutifully delivered a patch to address some bugs and issues that have arisen.

Taking Miiverse feedback into account the difficulty of tricky puzzles have been eased, alongside additional enhancements and bug corrections.

“So… what did we fix?”, the developer begins on their blog. “Apart from some obvious bugs, there was one issue that has been raised quite frequently: “Okay, I finished the room with that ‘thing’ … now what? Where do I need to go? How do I get to that strange creature?!”

“Even though we feel that we added enough hints for people to figure out what they need to do, we noticed that a number of people completely missed those hints and got stuck. Of course, they can always ask Miiverse for a solution, but giving you a solution on a silver platter obviously doesn’t feel as rewarding as it is to solve one by yourself. So more hints were added in this patch.”

They continue, “Apart from addressing that issue, we also improved the game and fixed a number of other issues. So without further ado: the full release notes:

* Improved the flow of the game after reaching the room with the ‘thing’
* Added another super-secret area
* Fixed a bug where Toki Tori was invisible after returning to the game
* Fades between levels now fade the audio too
* Simplified the puzzle in the underwater passage
* Fixed an issue when the TokiDex was completed in the photo room
* Some back- and foreground elements got a fresh coat of paint
* When all the collectibles in a level (or the entire game) are collected a melody will play to notify the player
* Fixed a rare bug where the player completed the game, but the end scene wouldn’t trigger
* Various level tweaks, based on Miiverse feedback

“The patch is currently at Nintendo’s rigorous testing facility, so it will hopefully be available within a couple of weeks. We’ll keep you posted on that! Meanwhile, as always, feel free to let us know your thoughts on this!”