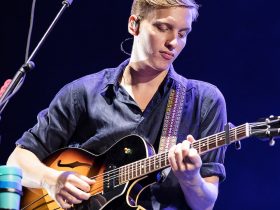 One of the Nintendo Switch’s strongest attributes is its diverse software catalog that caters to both modern and retro palates. Once a genre that helped define the early days of gaming, the beat em’ up genre soon faded to memory with the advent of 3D gaming; but the genre now finds itself undergoing a renaissance and rebirth for the modern era. To help propel the beat em’ up genre back to mainstream popularity comes The TakeOver for the Nintendo Switch. Is The TakeOver the beat em’ up fans have been waiting for? Or does it lean too heavily into its retro roots to find relevancy in today’s gaming environment?

As is the case with most games in this genre, the plotline of The TakeOver serves only the rudimentary role of providing an incentive to move forward. Much like Capcom’s renowned beat em’ up, Final Fight, this too makes use of a kidnapping storyline. The TakeOver takes place in Steel Haven, a city overwhelmed by crime and gang activity. The story focuses on three characters – Ethan, Megan, and Connor. When Ethan and Megan’s daughter is kidnapped, the trio makes it their mission to rescue her from the unknown captors.

The story itself is told in two ways – in-game dialogue prior to battling an end of chapter boss and story devoted cutscenes that take place between chapters. By making use of a graphic novel visual appearance for the story cutscenes, the game has an excellent sense of style, and it stands out from other beat em’ ups available on the platform. All dialogue sequences are fully voice acted, and the tone of delivery matches the feel that the game is looking to deliver. Yes, it’s a bit generic, but it carries a sense of 1990s charm.

That 90s feel carries over into the game’s gameplay and overall tone. For better or worse, The TakeOver delivers a genuine beat em’ up straight from the genre’s golden age. Where The TakeOver excels is in providing entertaining gameplay, stages that are diverse in both setting and atmosphere, and unique enemies to battle – one of which feels like they were inspired by Fist of the North Star.

Staying true to the genre’s roots, The TakeOver offers three game modes: Arcade, Survival, and Challenge. The Arcade mode is the traditional experience you have come to expect from a beat em’ up. Consisting of more than half a dozen stages, with each being built of multiple segments, the stage variety offered in The TakeOver is refreshing when compared to other games in the genre. Examples of this variety can be found in the game’s two-vehicle missions – one of which has you pilot a helicopter and partake in aerial combat. The two-vehicle missions are quite entertaining; though only support one-player.

Upon completion of Arcade mode, you may want to dive deeper into the game’s supplemental game modes, those being Survival and Challenge. Survival mode is exactly as it sounds: you battle an infinite wave of enemies until you are defeated. For those looking to experience a difficult mode, Survival is for you. The mode is brutal and will put your skills to the test.

All the while, Challenge mode is less difficult than Survival. Instead of pressuring you with stronger opponents, the mode challenges you to complete stages by not using super attacks, having your health drop below 50%, and asking you to pick up every Star dropped by defeated enemies. To progress in Challenge mode, you are required to successfully complete two of the three tasks. For veterans of the genre, Challenge mode won’t present too much difficulty. Approach each stage slowly and you’ll avoid getting overwhelmed by enemies, and you’ll be better prepared to adjust to their combat patterns.

When it comes to gameplay, The TakeOver is an interesting case. It doesn’t advance the genre in any meaningful way, nor is it a poor representation of it. It’s a modern version of a retro game. It stays true to those retro roots in nearly every single aspect. It goes as far as lacking online co-op and online leaderboards. Omitting such basic features is disappointing because you want to see how you rank against others in Survival or even Campaign scoring.

An area in which The TakeOver does innovate is with its ‘Rage’ meter. By defeating and juggling enemies, you’ll gradually build your ‘Rage’ meter. Once filled, going into a rage will boost your damage output and grant temporary invincibility to all enemy attacks. You’ll quickly learn that it is best to save the ‘Rage’ meter until the end of stage boss battle. In most cases, you’ll defeat the boss before the meter expires, thus removing all challenge the boss may present. Of course, activating the ‘Rage’ meter is player choice, so you could always choose not to use it on a boss.

When compared to other beat em’ ups, The TakeOver’s combat has an extra sense of weight to it – meaning you can feel the impact of each hit. You can feel the impact of slamming an enemy’s head into the concrete or hitting them with a crowbar. Combat is fluid and juggling enemies with simple to perform move combinations is rewarding to the player and a spectacle to behold. Hitting an enemy into the air, landing a few devastating hits, and then firing your gun to inflict that last bit of damage will have you feeling like a badass.

Once you get a firm grasp of the combat system, you’ll find that standard enemies pose no real threat. You’ll be able to group them and perform lengthy combos that easily defeat the lot. Even so, the combat rewards experimentation and wants you to discover the most efficient means of defeating enemies.

It’s quite clear that The TakeOver has been inspired by titles like Final Fight and Streets of Rage, as the special attack calls in a barrage of missiles/rockets that is paying homage to the original Streets of Rage game. The TakeOver is a good beat em’ up. Sadly, it doesn’t offer enough in the gameplay department to set it apart from the numerous other beat em’ ups available on the Nintendo eShop.

Visually, The TakeOver is pleasant. The visuals are clean, and the environments are beautifully detailed and loaded with personality and atmosphere. Whether navigating through an arcade with an abundance of fluorescent lighting or through a bar setting, the game’s visuals deliver an immersive feel. To heighten this feel, the game utilizes a brilliant soundtrack. Every track is memorable and encapsulates the setting in musical form. Crank up the speakers and enjoy the music because you’ll be hard-pressed to find a beat em’ up with a better soundtrack.

The TakeOver is a good beat em’ up. It doesn’t evolve and expand the genre, and that’s where a feel of disappointment stems. It’s entertaining, the soundtrack is spectacular, the visuals are serviceable, and the campaign is engaging enough to keep you invested for its duration. The lack of online leaderboards and online co-op is disappointing, as the omissions limit the value proposition of the title. If you are looking to experience another beat em’ up on the Nintendo Switch, then The TakeOver is something you should play, but you may feel a bit unsatisfied by what the package offers.