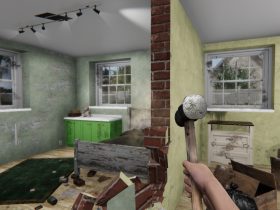 Renovate Homes In House Flipper On Nintendo Switch This Summer

NIS America and Nippon Ichi Software have announced when The Princess Guide will release on Nintendo Switch.

Set in a land torn by chaos and war, a new evil has risen. Now, four princesses from different kingdoms must learn how to lead their people to victory.

As an experienced knight, you will choose a princess to become your apprentice – teaching her the art of war to push back the evil that now threatens to take over the land.

Your choices will directly impact the way your Princess Knight will fight, with each having their own unique story to tell – whether that be the vengeful Veronica, the gluttonous Liliartie, the chivalrous Monomaria or the dragon princess Alpana.

The Princess Guide will release for Nintendo Switch in North America on 26th March 2019 and across Europe on 29th March 2019.