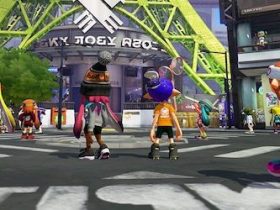 Splatoon’s next Splatfest dated for Europe and North America

The Legend of Zelda: Symphony of the Goddesses concert series will continue to tour North America and Europe in 2016.

That will accompanied by music plucked from Ocarina of Time, The Wind Waker, Twilight Princess, A Link to the Past, Link’s Awakening, Majora’s Mask and Spirit Tracks.

Fans can also hear the new The Legend of Zelda: Tri Force Heroes interlude arrangement on today’s The Late Show with Stephen Colbert.

“We’re thrilled to continue to bring the ultimate Zelda music experience to the best fans in the world and introduce them to new music from The Legend of Zelda: Tri Force Heroes,” comments Jason Michael Paul Productions president Jason Michael Paul. “The connection that fans feel with The Legend of Zelda franchise is so strong, and we’re fortunate to be able to deliver a truly magnificent experience to them time and time again.”

The newly announced 2016 dates include: