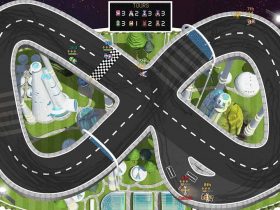 BAFL: Brakes Are For Losers Review

It’s astonishing when you come to realise that there is no text or dialogue in Teslagrad, developer Rain Games having chosen to leave players to freely interpret the events that unfold before them. That’s not to say that it is deliberately obtuse but more that this steampunk-inspired platformer can readily engage without any character uttering a word.

In an effort to at least help set up what is happening at the start, you play as a small, nameless boy that had once been placed in someone’s care in secrecy. That’s because you are a Teslamancer, and the last of your kind. The tyrannical king has persecuted those with the power to manipulate the twin forces of electricity and magnetism, and, with his guards having somehow managed to learn your location, the game opens with you fleeing across rooftops towards the Tesla Tower that looms over the city. 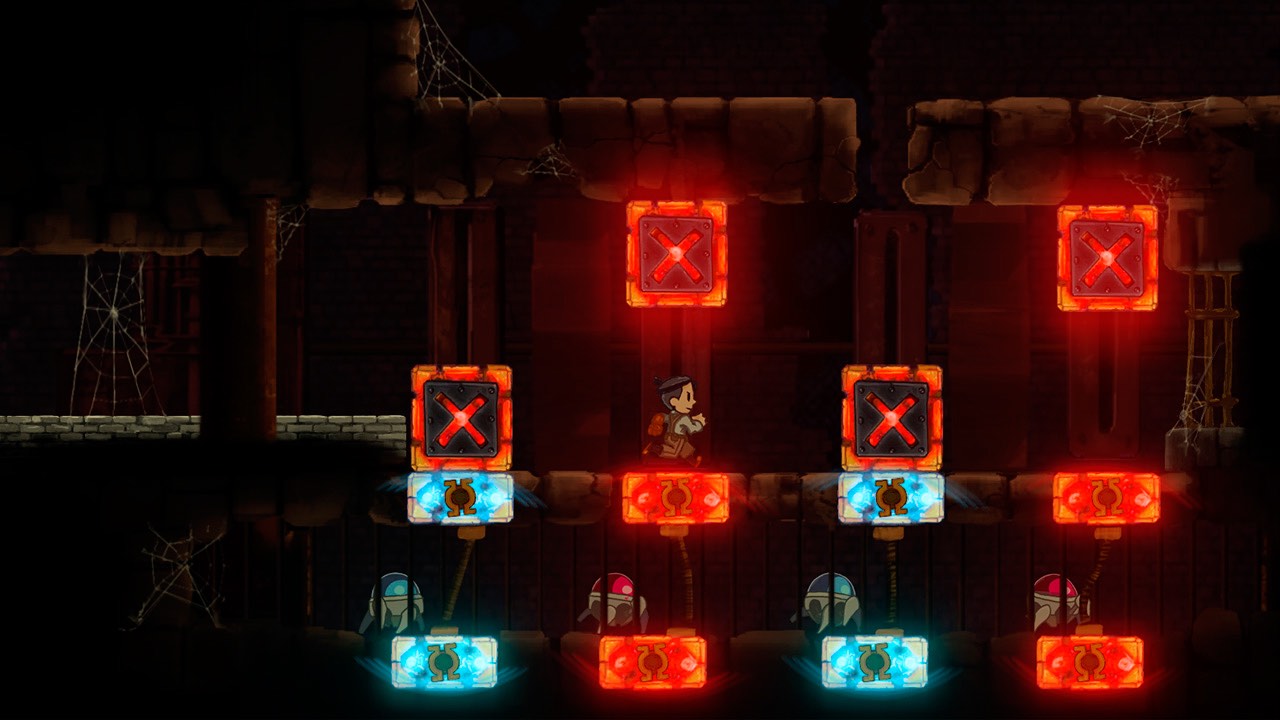 It is in this long dormant structure that you will uncover the history of the conflict, learning secrets that have been forgotten to the passing of time. This intrigue pushes you ever onwards in Teslagrad braving whatever perils await in the treacherous tower to see what revelation you will discover next. That’s because the Teslamancers that built the Tesla Tower not only chose to line its darkened corridors with puzzles but will see those that can climb its spiralling confines be confronted with monstrous bosses.

These can be overcome with the four items that you will recover on your adventure, that grant the player the chance to command electromagnetic forces. The Magnet Glove can be used to punch objects with a positive or negative charge, and, as those that were paying attention in physics lessons would expect, will see objects with the same charge repel each other and those with opposite charges attract one another.

The Blink Boots can be used to teleport yourself a short distance in the direction that you are facing, whether that be used to let you dodge an enemy’s attack or to see you appear on the other side of an obstacle. And then, the Polarity Cloak can be used to surround yourself with a charge to help you move through magnetic fields and energy tubes, and the Teslastaff lets you unleash a powerful beam of charged electricity. 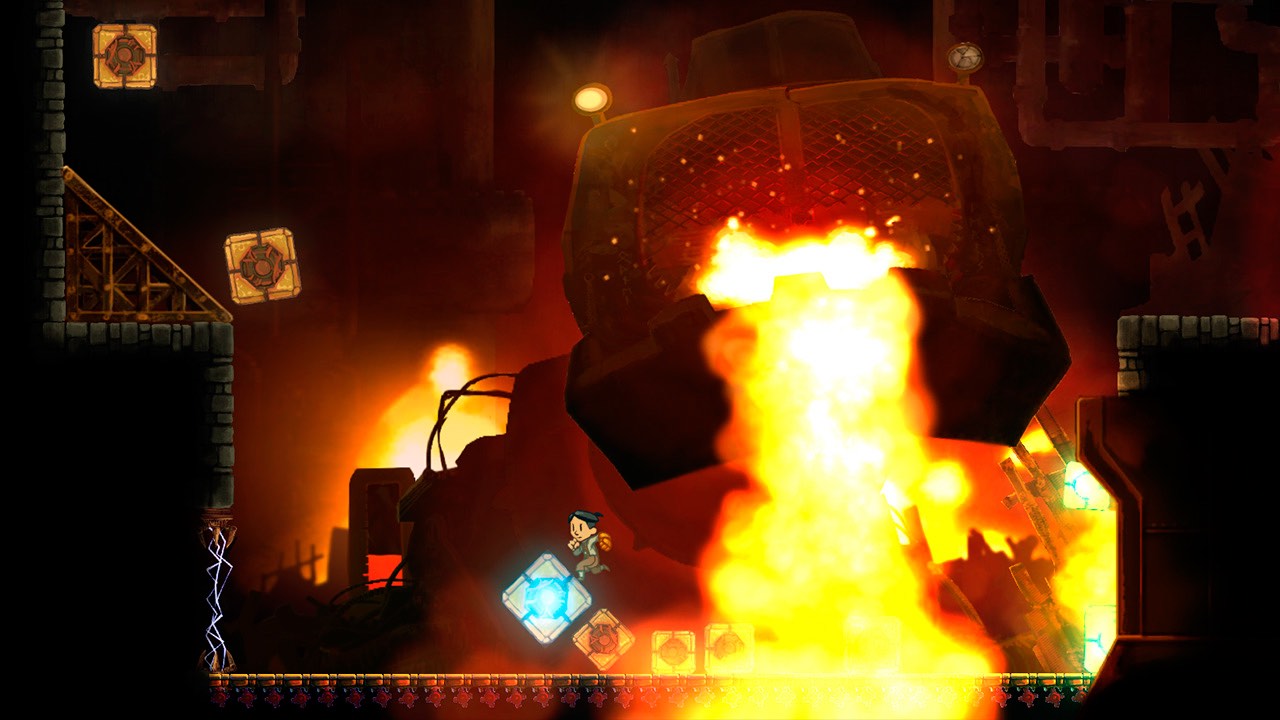 This ancient Teslamancer gear is what helps to make Teslagrad become such a memorable experience, with the developer expertly working with their playful gameplay mechanics to create puzzle scenarios that surprise and delight. Whether teleporting to safety in mid-air, polarising an enemy so that they are no longer a danger, or repelling away from a block beneath you to recklessly launch yourself skyward, the solution is never immediately apparent and leaves enough room for the player to experiment with the tools available to them.

It is when multiple items have to be used one after another that Teslagrad astounds in design, moments that often come when the mightier mechanical constructions that you face make their presence known. And while the experience is short-lived, it has been created with such meticulous aplomb that I would argue that it is just the right length. There are scrolls hidden throughout the tower for those that want to elongate their time with the game, and, for those that are interested, there are players that continue to memorise the game to speedrun it in the fastest time.

Teslagrad is still as wonderful as the first time that I saw it through to conclusion, and the game’s release on Nintendo Switch is the perfect opportunity for those that have not had the chance to flee to the Tesla Tower to experience to see exactly how incredible it is.