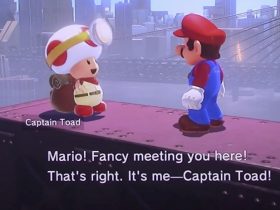 10tons has announced that Tesla vs Lovecraft has received new For Science! downloadable content on Nintendo Switch.

Priced at €4.99 ($4.99), this throws in new weapons like the Laser Pistol and Teslazi, new monsters such as the Cultists and Mi-Go, new perks like Backfire and Gifted, new power-ups in Super Star and Frozen Bullets, and the new Mines and Homing Pigeons abilities.

Tesla vs Lovecraft is a twin-stick arena shooter, where, as the enigmatic inventor, you must survive against neverending waves of madness. You must harness static energy to power up your Tesla-Mech battle robot, helping you to obliterate the Lovecraftian nightmares nearby.

Tesla vs Lovecraft is now available on the Nintendo eShop for Nintendo Switch worldwide.