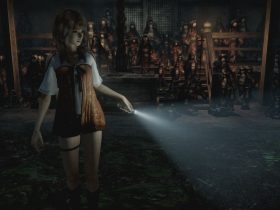 Having made the promise if their Kickstarter stretch goal was reached, BackToBasicsGaming have confirmed that Terra Incognita will release on Wii U.

The retro-inspired role-playing game soared past its initial goal of £500, with a gathering of 327 backers pledging £3,630 for the game to be created.

Among other parameters, the game will feature an enormous world map filled with towns, cities and dungeons to explore, with side quests alongside the main storyline.