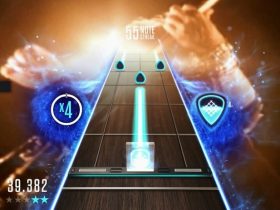 Tariq from The Roots has breathed new life into Koji Kondo’s unmistakeable theme for Super Mario Bros., rapping his own lyrics to the iconic melody on Late Night with Jimmy Fallon.

An audience member had placed their idea into the suggestion box, writing: “Hey Jimmy, my favourite video game is Super Mario Bros. I love the theme song but I wish there were lyrics to it, you should do something about that.”

It formed part of the show’s Video Game Week, during which Sony and Microsoft have showcased their next-generation consoles.