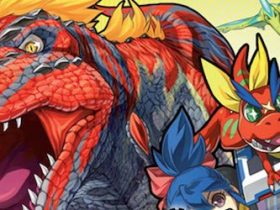 Fossil Fighters Frontier roars into action across Europe this May

Namco Bandai have confirmed that Tales of the Abyss is due to release across Europe, the Middle East, Africa and Australia on November 10th.

Based upon the critically-acclaimed PlayStation 2 title of the same name, this Nintendo 3DS remake offers full 3D support and functional use of the handheld’s dual screens.

It’s premise follows the story of Luke fon Fabre, sole heir to a family of aristocrats, as he finds himself thrust into the outside world on an epic adventure. Naïve and spoiled by years of isolation, Luke finds that he struggles to learn the values of friendship, sacrifice, duty and of choice. With the fates of resting upon his shoulders, his actions could ultimately lead to him saving the world or bringing about its very destruction.

Tales of the Abyss is due to release for Nintendo 3DS on November 10th across Europe, the Middle East, Africa and Australia.