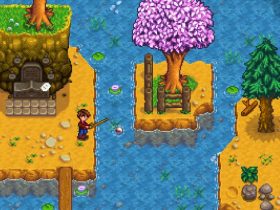 The Nintendo Switch’s steady stream of brainteaser-based releases continues with paddling puzzler Swim Out, another smartphone slash Steam title to make the trip over to Nintendo’s newest and very popular device. With so many smaller puzzle games out there vying for your attention though, does Swim Out stand out as one of the better examples?

The name Swim Out sums up the game’s main and only true objective pretty well – swim through a public pool or body of water avoiding other swimmers and reach the ladder out onto land. Every pool is split into a grid of squares allowing you to move one space at a time either left, right, up or down. Unfortunately with every short dash taken, so too do the other swimmers in the pool. This results in a game where forward thinking is an absolute must. Where you’ll constantly need to question every move you make or risk angering the nearby lifeguard for colliding with another swimmer. Thankfully punishment is never more severe than having to restart the pool again. 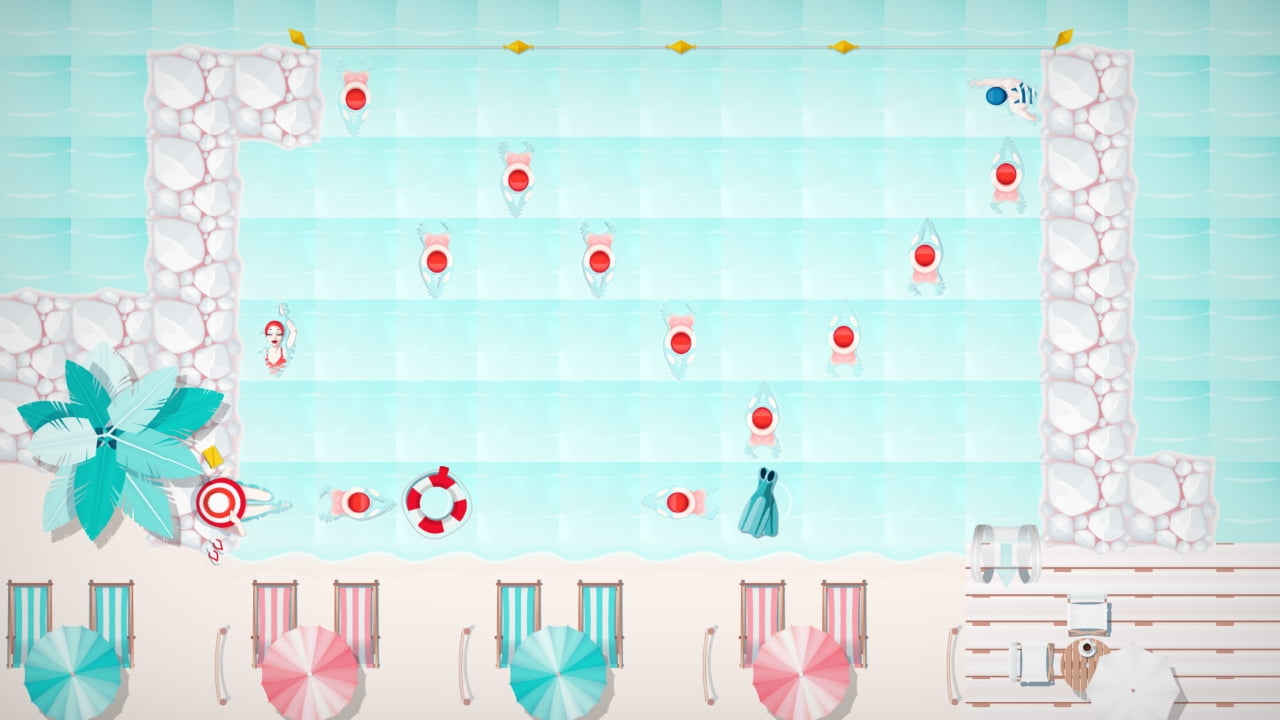 Getting out of the pool might sound like an easy task, and at least to begin with it is, however, the game makes sure you’ll be left scratching your head for many of its latter puzzles especially as it starts to throw more obstacles and items your way. While your vanilla swimmers will move in a straight line one space at a time, for example, divers will wait before jumping into the water and those in small kayaks occupy double the spaces making manoeuvring past them even tougher. Items will help tilt things back in your favour whether it’s by stopping swimmers in their tracks for three turns or allowing you to move two spaces instead of just the one. There are a good number of enemy and item types that help keep things feeling fresh throughout.

Unfortunately, as puzzles grow in complexity, I’d find myself using items at the wrong time, therefore, preventing me from completing the puzzle at hand. This doesn’t sound like much of an issue, but without any feedback from the game to let you know if you’ve messed up, you could find yourself banging your head against a wall repeatedly to an unsolvable problem. The game would have greatly benefitted from some sort of alert system that would let you know if you’ve misused an item. A lack of a rewind button is also frustrating – a simple feature and one sorely missed in a game like this.

Controls work as expected. Using traditional means is obviously available in both handheld and docked mode while the touchscreen makes an appearance when trying the former. Games like Swim Out are ideally suited to this control method and it’s good to see it included in the Switch version here. 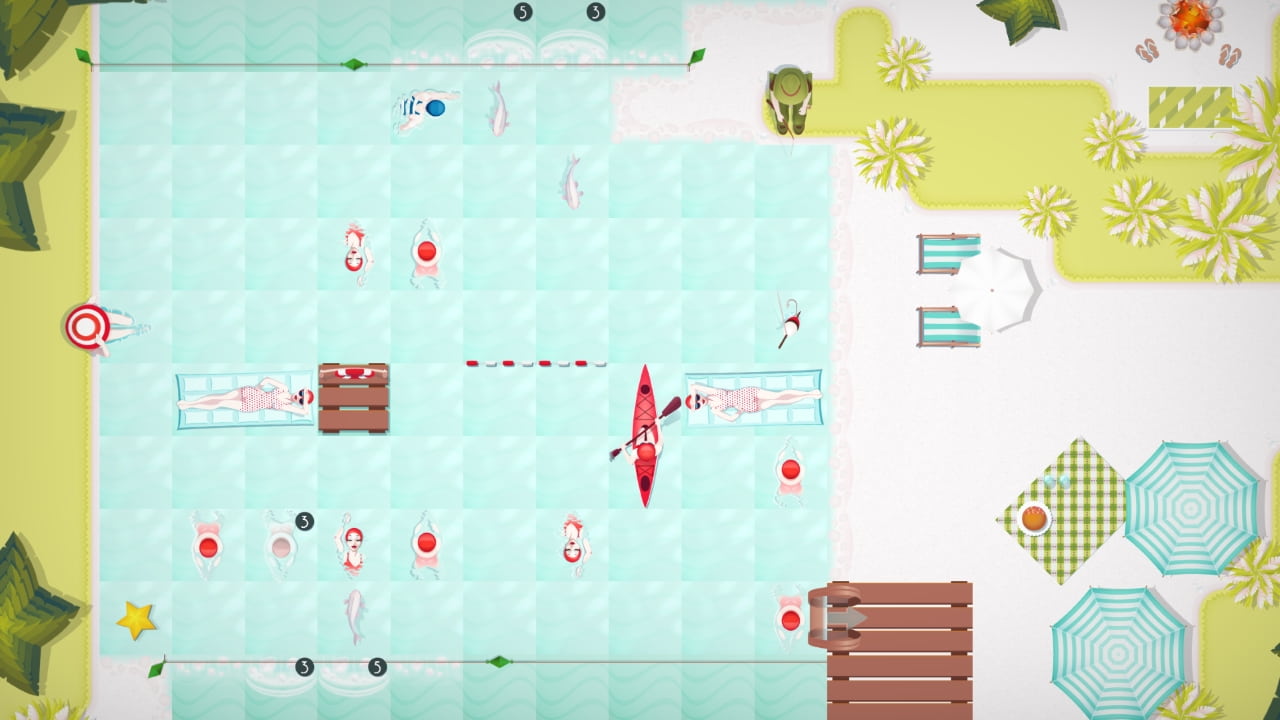 On the presentation side of things, Swim Out is very basic. While the visuals have a nice clean look to them making great use of blues and reds to highlight friendly and enemy elements, there is little animation to be found. Instead, movement is crude and static. The bright summery vibe the game sports is a plus though. On the audio side of things, the game rather surprisingly opts to feature no music instead using some swimming pool background noise to fill the void. It’s a bold choice and one I actually like. Along with the warm visuals, it creates a very chill atmosphere and a refreshing one at that.

Swim Out doesn’t shake-up the genre in terms of its originality but even a well-worn idea can still be a decent one. The game’s summery feel results in a very relaxing experience and one ideal for short bursts especially in handheld mode. The genre may be getting a little crowded on Switch but Swim Out ranks higher than most.