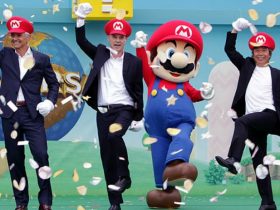 Super Nintendo World has been revealed as the first Nintendo themed area, targeted to open at Universal Studios Japan in time for the 2020 Tokyo Olympics.

The immersive experience promises to have “expansive and multilevel environments filled with unprecedented, state-of-the-art rides, interactive areas, shops and restaurants, all featuring Nintendo’s most popular characters and games.”

Super Nintendo World will have characters and themes from the Super Mario series, as well as other popular Nintendo characters. The characters and worlds will be “re-created at the highest level of quality,” the result of a “strong partnership” between Nintendo’s creative fellow Shigeru Miyamoto and Universal Creative president Mark Woodbury.

With development costs exceeding 50 billion yen, it will be built on the park’s current parking area as well as an area that had been designated for future expansion.

Kansai University professor emeritus Katsuhiro Miyamoto estimates that, after Super Nintendo World opens, it will bring 6.2 trillion yen to the Kansai region, 11.7 trillion yen to Japan as a whole, and create 1.1 million jobs in Japan.

Nintendo themed areas will also come to Universal Orlando Resort and Universal Studios Hollywood, with their separate plans to be announced later. 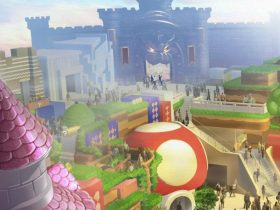 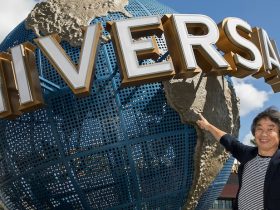 November 29, 2016
Do NOT follow this link or you will be banned from the site!