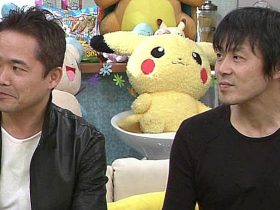 Pokémon Battle Director Shigeki Morimoto Will Be At Gamescom 2016

The Nintendo Official UK Store has today begun taking pre-orders for the Super Mario amiibo collection, due to launch alongside Wii U exclusive Mario Party 10 in March.

Mario, Peach, Toad, Luigi, Yoshi and Bowser are all listed at their standard £10.99 price point, although those interested should be quick to pre-order as amiibo stock has so far been unable to steadily meet demand.

Nintendo are also trying to save you money through a Mario Party 10 amiibo Pack which, for £69.99, will secure you the Mario Party 10 + Mario amiibo bundle, an amiibo Trio Case and three assorted amiibo – Bowser and Toad, with either Mario, Luigi or Peach.

Mario Party 10 and the Super Mario amiibo collection will launch in Europe on March 20th.