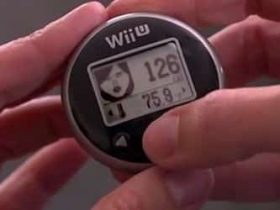 How to sync your Fit Meter in Wii Fit U

Super Mario 3D World’s cat suit is “key” to the game according to producer Yoshiaki Koizumi, who reveals his belief that the new costume posts just as much challenge for more proficient players as well as beginners.

“The cat costume is the key to this game,” explains Koizumi. “It makes it easier for beginners to make it through levels and get to the goal posts. But advanced players can use the transformation to perform acrobatic moves and impossible feats. For example, you can perform horizontal jumps from one wall to the other – a new feature that advanced players will enjoy.”

Shigeru Miyamoto equally recognises the suit’s benefits, serving to challenge the genre’s core which has, until now, solely revolved around jumping.


He adds, “Super Mario is fundamentally a game about jumping. So this addition might seem strange: the ability for the player to climb seems to challenge the core [of the series]. But I think we’ve found a way to implement that doesn’t cause harm.”