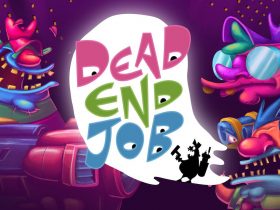 Merge Games has revealed that physical Streets of Rage 4 copies will release at retailers across Europe this July.

The Standard Edition will come with a physical copy of Streets of Rage 4, a reversible cover with alternative artwork, an artbook and a keyring featuring the game’s iconic logo.

In addition to these extras, the Signature Edition will also include:

With hand-drawn visuals from the team behind Wonder Boy: The Dragon’s Trap remake, with Streets of Rage 4 the co-developers have looked to build on the cult classic trilogy’s gameplay “with new mechanics, a fresh story and a gauntlet of dangerous stages with a serious crime problem.”

There are retro throwbacks to the original trilogy, such as “unlockable pixel art characters with movesets and abilities unique to their respective games.”

Streets of Rage 4 is now available on the Nintendo eShop for Nintendo Switch worldwide and will release at retail in Europe on 24th July 2020.