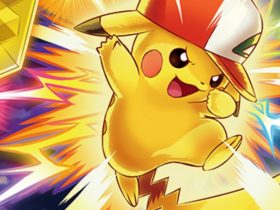 Nintendo 3DS enthusiasts across the country can enjoy an opportunity to get their green StreetPass lights dinging, as StreetPass Manchester prepare for their fifth official event tomorrow.

Set to be held on Saturday 29th June between 11.30am – 4.30pm at Kyoto Lounge (Grosvenor Street, Manchester, M1 7HE) the day will mostly be dedicated to the recent arrival of Animal Crossing: New Leaf.

That won’t be the only activity crammed into the five hour session, with the StreetPass Manchester 2013 Mario Kart Season continuing with the Flower Cup, as well as opportunities to play Super Smash Bros. Brawl, Nintendo Land and a Spring Fishing competition sure to keep you occupied throughout the day.

Those wanting to test their Animal Crossing knowledge can also participate within Brewster’s Brain Brewing Quiz, that’ll surely befuddle even the sharpest of superfans.

For more information, be sure to check the Facebook page detailing tomorrow’s event, as well as StreetPass Manchester’s official group as well.

If you’re attending, be sure to give both ourselves and the StreetPass Manchester team a tweet at @NintendoIns and @StreetPassManc respectively.