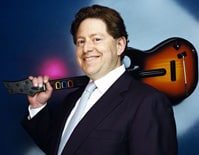 Factor 5’s president Julian Eggebrecht has revealed that they had nearly brought the entire Star Wars: Rogue Squadron series to Wii as a complete trilogy package.

“It [Rogue Squadron: X-Wing vs. Tie Fighter] was much more about groups, because it’s always Rogue Squadron, right?” Eggebrecht discussed with IGN. “So, you would be Red 5, together with the Reds essentially attacking, and there would be the Imperial side. And that would be the two factions duking it out in essentially the [Star Wars] movie battles, and then in additional battles.”

LucasArts remained wary and again cancelled the project, after which Sony stepped in to invite Factor 5 to develop for PlayStation 3. That was Lair, which Eggebrecht shared was “far too ambitious for a launch title” and was heavily criticised for its motion control implementation.

When Nintendo revealed Wii MotionPlus at E3 2008, Factor 5 contemplated developing for the console after their exclusivity period with Sony ended. They resurrected the Star Wars: Rogue Squadron trilogy, soon realising that the GameCube architecture meant that it would be easy for them to transition their previous progress.

“…we had our old trilogy project, which we had fifty percent done, which was basically putting Rogue Leader and Rebel Strike with new content, [along] with fixing some of the mistakes, redoing completely the cameras, and everything,” Eggebrecht explained.

“We wanted to support every single control that you could imagine. So, for the flight sequences, you could, for example, choose to have the Mario Kart wheel to actually control your X-Wing, together with the Balance Board, which would control the pedals.”

Speeder bike racing levels, third-person action sequences, and lightsaber battles made the cut, with a new graphics engine seeing the game run at 60 frames per second.

“Believe me, if you ever saw it running on the Wii at 60 [fps], it is by far – and I think I’m not overstating that – the technically most impressive thing you would ever see on [Wii],” Eggebrecht added.

While the studio finished the project, LucasArts wouldn’t back it as they were suffering “financial woes” and two potential publishers went bankrupt. Other companies stepped in to help with publishing, but finances, legal and budgetary issues meant that it never got off the ground.

“There is an artistic loss of that game, which I think everybody on the team agrees is the best work they’ve ever done,” Eggebrecht stated. “But there’s also the human toll, and everything could have been easily resolved by just getting this game out. So, it was a huge bummer.”

As for whether it will ever see release, even perhaps on Wii U, Eggebrecht remained wary of the licensing issues now that Disney own the IP.

“Maybe sooner or later a hardware spot will be hit again, and we certainly would love to talk to Disney about it. And of course, with J.J.’s [Abrams] comeback to kind of the traditional trilogy feel, I think there’s going to be a lot of commotion around that. I just don’t know if we will be a part of it or not.”