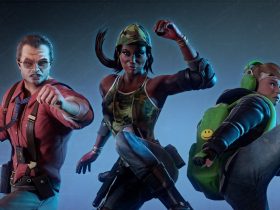 Aspyr has confirmed a new release date for Star Wars Episode I: Racer on Nintendo Switch.

The popular LucasArts-developed racing game was based on the podracing competition seen in Star Wars: Episode I – The Phantom Menace.

Star Wars Episode I: Racer will release on the Nintendo eShop for Nintendo Switch worldwide on 23rd June 2020 priced at $14.99.