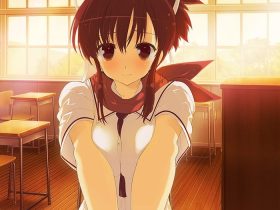 Get To Know Asuka In Senran Kagura Reflexions On Nintendo Switch

Out of all the games that tri-Ace has worked on, the Star Ocean series is by far the most popular. The original game, simply titled Star Ocean, was released on the Super Nintendo Entertainment System in 1996 and was the first game made by the company after leaving Namco. We wouldn’t see the game in the west however until it was remade on the PlayStation Portable over 10 years later as Star Ocean: First Departure. This PSP version is the basis of the recently released Star Ocean: First Departure R, which attempts to remaster the game for modern platforms and a new audience.

Square Enix has gone the extra mile here, recording new voice acting and bringing in renowned artist Katsumi Enami to redraw all the portraits based on the original SNES art. Don’t worry though, because the game still offers the PSP art and voices for those who prefer that. Some changes work wonders – for instance, the new sprint button is a much-appreciated addition – but I can’t say the same about all of them.

Star Ocean: First Departure R begins on the underdeveloped planet of Roak, where Roddick and his friends run their town’s local Defense Force. An unnatural petrification phenomenon has started to spread from a nearby town. When Roddick goes to search for a herb to cure the virus, they come across two people in the process of beaming down to the planet to try to solve the issue themselves. They’re from Earth, a planet whose people have developed their technology enough to travel through space. They’re taken onto the ship, and learn that the only cure for the virus seems to be the blood of a creature that died on Roak 300 years in the past. The group travels to another planet to access a Time Gate, and go back in time to find the creature when it was alive to cure the inhabitants of Roak.

If you’ve never played any of these games before, you might be surprised to learn that Star Ocean: First Departure R has very little to do with space travel outside of setting up the game’s premise. After traveling back in time, most of the game is then spent adventuring the past world of Roak. The actual story isn’t really a highlight of Star Ocean, as I found it to be an unfortunately paced tale that relies far to heavy on cliché. But, the plot isn’t really the point. The characters and the way the story plays out were the real focuses, and it really shows. Star Ocean: First Departure R is a rather short game for RPG standards – being able to be completed in around 20-30 hours depending on your play style – but tri-Ace did well in crafting a story where player choice has actual weight.

The main plot will always remain the same in each playthrough, but how you reach the ending will change depending on who you recruit to your party. The beginning of the game can play out in quite a few ways depending on some early choices, and it makes the game work well for multiple playthroughs since it’s impossible to recruit every character on your first go. Some people will only join you if you turn down others, and this freedom impressed me since there were really not many games like it back when it originally came out. The actual events of the story never felt like anything more than a Star Trek rerun (which was an inspiration for the series), but I commend the character interaction for being enjoyable.

What connects all these events is some very traditional JRPG exploration (think towns, overworld, dungeons, and random encounters) but with hack and slash combat in a 3D isometric view. The combat, unfortunately, is very simplistic, with the only options available being a single button being dedicated for normal attacks and up to two special techniques players can set in the menu before fights. Most engagements will be one with simple button mashing or special move spamming, and once I got adjusted to the strange party member AI I rarely ever found the game to be challenging.

This combined with a high random encounter rate made fights grow boring. You can always switch your party around for more variety, but it won’t do too much. What was much more enjoyable than the act of fighting was the skill system, which is incredibly expansive. You first need to purchase different skillsets in towns that will unlock them for each party member, and then use skill points gained in battle to flesh them out. You can improve your skills in combat, spend time crafting and customizing items, learn how to cook, and more. Once you are proficient enough in certain skills, you gain access to specialties that further expand your abilities.

As a remaster, Star Ocean: First Departure R does a solid job with a few caveats. The most important addition to the gameplay is a quick run button, which greatly cuts down on tedium from the dungeons and overworld. Every other addition (that I noticed, at least) was entirely cosmetic. The game has three voice tracks to choose from and two portrait styles to select between. There are two Japanese audio tracks, one being the original PSP audio and one being a completely new track recorded by the old voice actors of the SNES game, and the original PSP English audio. All of them are serviceable, but I think the real highlight is just how much voice acting there is. I would have enjoyed a new English voice track as well to see a new generation of voice actors’ take on the cast, but I understand that Star Ocean is relatively niche now.

The new portraits are an addition that sounded great on paper to me, but I’m a bit disappointed in their implementation. The designs look simply stunning, but they’re based on the original SNES character art. When Star Ocean was being remade on the PSP all those years ago as First Departure, they decided to redesign all the character art and sprites. The sprites and animated movies were not remade for this remaster, so the design for both heavily clashes with the new portrait art if you pick those. Outside of that, I’m rather conflicted because while I think that the art in the new designs is of a much higher quality, the older PSP character art is much better designed. For those as indecisive as I am, thankfully you can easily switch between all three voice tracks and both portrait styles whenever you want.

Star Ocean: First Departure R may not have been as good of a remaster as I was hoping for, but it’s still probably the best way to experience this game. I wish there had been more options to customize the difficulty and encounter rate, but I understand the need to keep it as it was on PSP for preservation sake. Its wide variety of options to customize the presentation to your own preferences is one I wish more remasters would take note of, and I had fun despite a cliché story and simplistic combat. At this game’s core, it’s a very average game that set the framework for a very great sequel. I think if Square Enix gets an opportunity to do this again with Star Ocean: Second Evolution, I can easily see them knocking it out of the park.