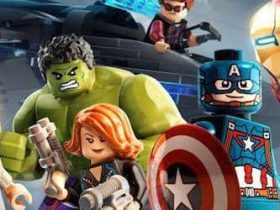 Square Enix have detailed their software line-up due to be at E3 2011, however only one title headed to a Nintendo platform is set to feature, disappointingly.

The software line-up is as follows:

* TOMB RAIDER, from Redwood City-based studio Crystal Dynamics, ratchets up the intensity and takes gamers into the world of Lara Croft as they have never seen before.

*Agent 47 takes on his most dangerous contract to date in HITMAN ABSOLUTION from IO Interactive A/S.

* The island of Banoi may seem like paradise – until players realize they are among a handful of survivors of a zombie outbreak in DEAD ISLAND from Deep Silver.

* WAKFU is a fantasy MMO adventure with a tactical combat system and a unique anime style from Ankama Studio.

* HEROES OF RUIN is a brand new adventure for the Nintendo 3DS featuring a lineup of unlikely heroes and deep social functionality.