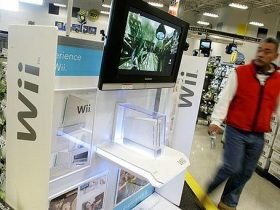 Having gone to great lengths to deliver Dragon Quest VII and Dragon Quest VIII remakes for Nintendo 3DS in Japan, Square Enix have admitted that they are aware of demand to localise each game for a western release.

Dragon Quest series executive producer Yuu Miyake shared that while the team certainly had the desire to do so, their “very text-heavy” nature meant that it was a decision very much out of their hands.

It is down to the powers that be at Square Enix to pass judgement on whether they believe that they can make the money back from allocating the necessary resources to make it happen.

“We want to get them out here,” Miyake admitted to Polygon. “We really do! The Dragon Quest games are very text-heavy, so the time and the cost it takes to localise these and do it well is quite something.

“Business-wise, we have to think quite hard whether we’ll make that money back from localising to North America. It’s always been a difficult decision. But the more you tell us, the louder the voices, the more likely we are to do it.”