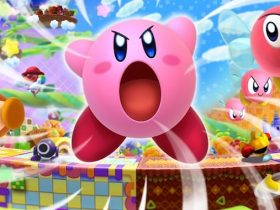 Black Friday madness may have swept the globe, but while not being distracted by the Wii U, Nintendo 3DS, and Nintendo eShop Cyber Deals, the Nintendo Official UK Store has added highly sought after items.

The cushions – described by the store as “cool enough for your couch or bed and irresistibly soft” – were previously only available in Japan, meaning that those interested in buying had to rely on importing. Now, it has suddenly become far easier to get your tentacles on them – enjoy!