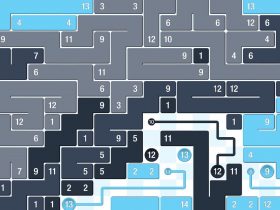 Nintendo has announced that Splatoon 2 update version 4.3.0 will be made available on Wednesday 5th December, and will add new weapons and abilities for players to ink their turf with.

Main Power Up will also be introduced as a new ability that will improve the performance of main weapons in different ways, whether that be increasing their damage, widening the size of the area coated in ink and more.

Nogami adds: “For example, for the Splattershot, the ability eliminates some of the misalignment that happens when players shoot ink while jumping. The improvements will vary from weapon to weapon. Improvements to weapons in the same category will also vary, for example, Aerospray MG users will be able to ink a larger area.

“There are various different types of performance improvements. As you can see, for Splat Roller, this ability will increase the amount of damage you can deal to opponents, while using it with the Heavy Splatling will extend the amount of time the weapon can fire for in a single charge.”

Splatoon 2 update version 4.3.0 will also be the last to add new weapons, with Ammo Knights to be stocked with the Ballpoint Splatling Nouveau, Bloblobber Deco, Custom Explosher, Nautilus 79 and four new weapon sets from the Toni Kensa Collection.

“Even after this update, we will continue to hold Splatfests and release updates to adjust game balancing until next July,” Nogami closes. “We appreciate your continuous support for Splatoon 2!”