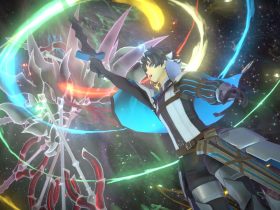 Nintendo has announced Snipperclips: Cut it out, together! as a Nintendo Switch exclusive action-puzzler that will release on the Nintendo eShop.

This delightfully imaginative release will challenge players to work together to cut their paper characters into new shapes in order to solve puzzles. Communication and cooperation are crucial to succeed, moving each character to interact with the environment, move objects, and, ultimately, solve dynamic puzzles that will make you think in new ways.

You can solve basic and advanced puzzles by yourself or with a friend in the main game, with four players able to take part in dynamic puzzles or compete against each other in activities.

Snipperclips: Cut it out, together! will release in March exclusively on the Nintendo eShop for Nintendo Switch.