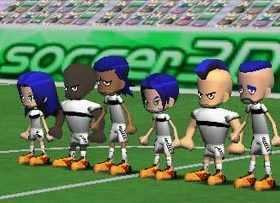 After moving into your luxurious apartment in a large property complex built by Skyhill Inc. – an omnipotent corporation that controls the entire city – your new life unexpectedly becomes a nightmare.

Your daughter is kidnapped, the whole building is overrun with dark monsters, and crazed people are hunting you down. It is believed that a mysterious black mist behind these events, which can change humans into vile creatures.

The bad news is that you have been infected, and must search for medicine to sustain yourself while gathering resources, and crafting new tools and weapons to survive as long as you possibly can.

“I think of the first Skyhill as a kind of an introduction to what we’re creating now for Black Mist. We had time to significantly improve and expand the main concept; only the haunted building was left from the original game,” explains Mandragora Games project lead Eugene Kisterev.

“The scale and the scope of this new adventure are incomparably greater, both in terms of gameplay solutions and due to the transition to extensive 3D locations that can be freely explored. It’s a big game, full of surprises and plot-twists. I hope both fans of the original game and new players will like it.”

Skyhill: Black Mist will release on the Nintendo eShop for Nintendo Switch worldwide on 27th August 2020.