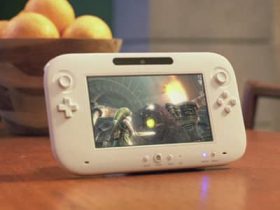 Nintendo to showcase Wii U at 2012 International CES

While GameStop will be handling the Shiny Gengar and Diancie distribution events in North America, it falls to GAME to dish special codes out for Pokémon X and Pokémon Y across the United Kingdom.

Pokémon Omega Ruby and Pokémon Alpha Sapphire will release exclusively for Nintendo 3DS across North America on November 21st, and in Europe on November 28th.