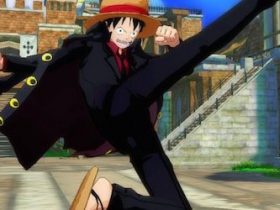 Victory Road and HugePixel have announced that Chop Is Dish will release on Nintendo Switch this month.

This retro-inspired 2D platformer tells the story of a cook whose chunk of beef has been stolen by mystical creatures.

Needing the tenderloin for his ultimate dish, he has to act quickly and dangerously sets out to pursue the thieves to recover the ingredient.

With many tributes to old-school games such as the Sonic the Hedgehog and Super Mario Bros. series that Chop Is Dish takes inspiration from, you will play as the grumpy cook who must beat the sauce out of his enemies.

Chop Is Dish will release on the Nintendo eShop for Nintendo Switch worldwide on September 30th priced at £2.69