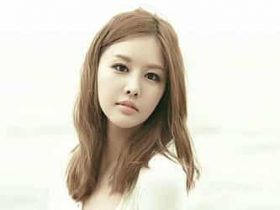 Within his column for Japanese gaming magazine Famitsu, Masahiro Sakurai has discussed how he feels he needs to remain silent regarding progress on New Super Smash Bros.

“To put it succinctly, I’ll need to have you guys wait a while longer,” Sakurai explained. “I hardly ever write anything on Twitter any longer, and that’s because I think right now is the time to stop tweeting and start putting in a real effort here.

“If I could put it a really harsh way, I think it’d be better if I could be forgotten by gamers for a while.”

Sakurai described his irritation that anything he writes on the social media service is in danger of immediately being assumed as relating to his involvement with the next entry in the series.

He continued, “I don’t like it when a tweet or whatever leads to needless speculation getting spread around. For example, when I tweet about playing some game, some people immediately get the idea that that character is in the new Smash Bros. Then people fan the flames on it, people start to think it’s really true, people get angry about it. Nobody benefits.”

“I got asked once by a student ‘Is Fox really strong in Smash Bros. Brawl because you like Star Fox?’ Absolutely not. I don’t balance things based on that. These are very important titles that the creators and fans are leaving to me.

“In the worldwide online rankings, Fox’s winning record is right in the middle of all the characters. The idea with him was a character that suicided often, but made up for it with other skills, but I guess that prominence gave him this image of being really powerful.

“Instead of talking about what Smash Bros. will be like, I’m just going to say ‘I’m making you wait for it!’ and keep going along. I want to put my all into a full-on launch that really makes that wait worth it.”