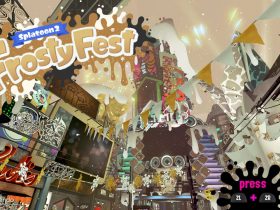 Crytek has announced that Crysis Remastered will release on Nintendo Switch, and that Saber Interactive has helped to co-develop the game.

The developer will be known to many for their efforts in porting The Witcher 3: Wild Hunt Complete Edition, Call of Cthulhu and Vampyr to the portable home console.

Crysis was originally released for PC back in 2007, and was used as a way to benchmark hardware performance in relation to the game’s high-end system requirements. So much so, that it eventually went on to create the “But can it run Crysis?” meme.

The first-person shooter is now coming to Nintendo Switch, and, focused on the original game’s single-player campaigns, will deliver remastered graphics and optimisations for the hardware.

“We are excited to be working on the Crysis franchise again, and to bring all the Crysis fans a remaster worthy of their passion for the game,” explains Crytek CEO Avni Yerli.

“It’s an exciting opportunity to be able to bring Crysis back to PCs and current consoles – even Nintendo Switch! – so that a whole new generation of players can experience the thrill of a battle in the Nanosuit.”

Crysis Remastered will release for Nintendo Switch worldwide in Summer 2020.