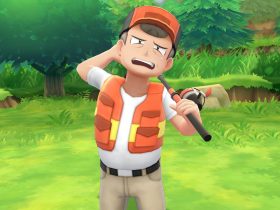 Nintendo appears to have plans to release a The Legend of Zelda: Breath of the Wild Explorer bundle, in looking to encourage more players to embark on Link’s open-air adventure this holiday season.

The product listing, which Link’s Hideaway first reported, indicates that the bundle will contain a copy of the game on Nintendo Switch, a two-sided map, and an Explorer’s Guide that has “lore and learnings” from Hyrule.

“After waking from a 100-year slumber, Link must explore the wild to regain his memories and save Hyrule,” the product listing reads.

“This bundle is perfect for first-time heroes; it contains the game, a two-sided map, and an Explorer’s Guide with lore and learnings from the Legend of Zelda: Breath of the Wild game. Time to explore the guide, the map, and the world of Hyrule!”

This is expected to release on November 23rd priced at $59.99, meaning that it is likely that it could be a bundle that Nintendo of America will introduce for Black Friday.