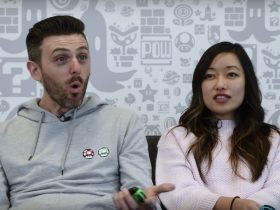 We know how the Nintendo Switch Online service will be priced when it launches, what it will include, why it was pushed back into 2018, and that it will have “that extra Nintendo twist” to differentiate itself from competitors. But, we still don’t know when we can expect it to arrive.

Now, Wccftech reports that the Nintendo Italia website had been updated to list that the paid subscription service would not be available until Autumn (Fall) 2018.

That change has since been redacted, but it is unclear whether the change was pre-emptively made before Nintendo was preparing to make an announcement or if it was simply an error that had not been corrected.

There has been wide expectation that a Nintendo Direct will be broadcast around the world next month, but as to what that will contain, as always, remains shrouded in secrecy. Maybe it will provide a chance to learn more about Nintendo Switch Online and the company’s plans to entice everyone to subscribe to the service for the portable home console.