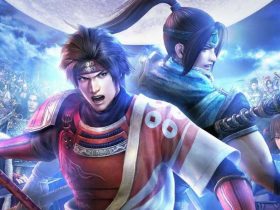 Means Interactive and Pixel Pushers Union 512 have announced that Tonight We Riot will release on Nintendo Switch next week.

This “revolutionary crowd-based retro brawler” is set in a dystopia in which wealthy capitalists control elections, the media and the lives of ordinary working people.

With a choice between accepting the status quo or fighting for change, you control a movement of people whose well-being will determine the success of your revolution.

There are 20 unlockable weapons, gear and perks, and the chance to work together in local co-op multiplayer. The developer also promises a dog, whimsy, Kaiju and a wood chipper.

Tonight We Riot will release on the Nintendo eShop for Nintendo Switch worldwide on 5th May 2020.