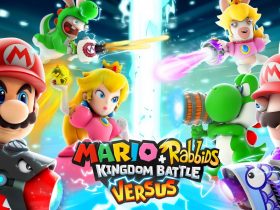 Greybox and Tequila Works have released a new software update for RiME on Nintendo Switch, which sees the puzzle adventure game now on version 1.0.2.

The game’s performance was something that we had criticised in our RiME review, and this update takes great strides to improve it. Increased visual fidelity, sharpened image resolution, stabilised frames=per-second, and improved shadow quality are just a handful of improvements that have been made, with the rest detailed below.

“While we launched the Switch version of RiME in November, our original plan was to release it at the same time as the other platforms earlier in 2017. We understood that we had to make some sacrifices in order to get the game to perform and that process took some extra development time,” Greybox explained in a blog post.

“Even so, the release of the Switch was not as good as we wanted it to be, and we own that. We’ve spent the past few months responding to player feedback, trying to enhance the visual experience of RiME, with the understanding that things like volume streaming hiccups are not something we can address. However, the visual fidelity of the game is something we can address, especially in handheld mode. So we’ve worked with Tequila Works to make improvements wherever possible.”